“I chose to write my book because my father died of a heart attack as the result of smoking” says CU Denver Associate Philosophy Professor Candice Shelby. “My mother died on a ventilator after suffering from an addiction to prescription pills; and my sister died at 42 from street drugs.”

Shelby’s recently published book, Addiction, examines the complex causes of a phenomenon that is often misunderstood.

“At the bottom of many addiction disorders is anxiety or depression,” says Shelby. “A person for whom the world feels dangerous and scary and who ingests a substance that has a calming effect or has sex, or wins a gamble, feels a vast difference between his or her norm and their state after use. The more these positive effects are felt, the more the substance or activity will come to mean relief, safety, or exaltation. It’s important to understand that addiction is not a single thing, it’s a complex group of disorders.”

Professionals in the field of mental health hold a variety of viewpoints as to the causes of addiction, yet most agree that environmental factors play a role. Assistant professor of psychology at the University of Colorado Denver, Erik Oleson, says that stress is a powerful driver behind disorders and that the availability of substances also impacts usage.

“Stress is a big risk factor in our society,” says Oleson. “Learning healthy approaches to deal with it can help reduce susceptibility to addiction, but there are no quick fixes. Alcohol is the most abused drug in the United States because it is the most accessible drug—it is also quite cheap. Who doesn’t want a beer, the world’s oldest anxiolytic, after a stressful day? Opiates are a rising problem because of the accessibility of prescription narcotics and a new wave of heroin hitting the streets that is potent, accessible and relatively cheap. Cannabis use will likely increase in the Denver area because the drug is more available.”

Choice of substance or activity aside, many addicts would agree that the source of their issues run deep and that getting beyond their problem is no small feat. 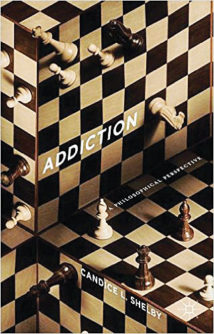 “There was a lot behind the scenes that I had to clean up and deal with,” says Tom, a recovering alcoholic who asked not to use his full name and who has been sober for the past four years. “I guess I just wasn’t comfortable in my own skin. Alcohol provided an amazing solution. Drinking smoothed things out. It made me not have to deal with myself. It’s one of the age-old adages. You stop maturing at the point when you begin drinking alcoholically. The toughest part of sobering up was having to walk through my social awkwardness and my various moods all on life’s terms.”

Tom struggled with his drinking for years and finally reached out to his family, who initially were supportive. “The problems came when I wasn’t successful after my first rehab,” he explains. “My mother completely cut me off when I didn’t stay sober. Once when I was stuck in a psych ward, they called her and I was on speaker, she said, ‘throw away the key.’”

Families and friends of addicts wonder how to best assist loved ones who wrestle with addictions and the answer isn’t always clear. Some therapists suggest tough love, while others say a good approach is to simply be there for them. According to Denver Rose Medical Center clinical psychologist Susan Heitler, author of the book Prescriptions Without Pills: For Relief from Depression, Anger, Anxiety and More, addicts tend to be more motivated by what might be construed as negative input. “ Saying ‘I love you’ can have less impact than saying ‘I’m leaving,’ ” she says. “It’s tough on relationships.”

The most challenging obstacle for those close to addiction can be admitting that a relation has a problem and then learning how to accept that it is out of their control.

“Part of it was ignorance,” says Lisa, the mother of a child who struggled with misuse of alcohol and marijuana in high school and became a heroin addict in college. “How could my son, who went to a nice school in a nice part of town possibly be a drug user?! When I thought of heroin addicts I thought of scary people who hang out under bridges. I didn’t realize it could be my son or the kid next door. But eventually he got into trouble with the police and things came to a head.”

Lisa’s son was presented with a choice: do jail time or attend a drug rehabilitation program. He chose the latter and started on the lengthy path to recovery, during which time he relapsed and began using again.

“It’s a long process and relapse is part of the disease. It almost always happens,” she says. “There can always be a slip. There is no guarantee. You have to understand that their addiction has nothing to do with you or how the addict feels about you. One of the best things I learned through Nar-Anon (Narcotics Anonymous) was what they call the three Cs: you didn’t cause it, you can’t control it and you can’t cure it. And if someone doesn’t want to get help you can’t make them. As a parent you cannot do anything until your child comes to a place where they want to stop. With addiction, each side has its own terrible pain. The funny thing is I went to Nar-Anon thinking it would save him, but it wound up saving me. Being able to admit in a group setting that my child was an addict was very freeing.”

Recovery groups such as Alcoholics Anonymous (AA) and Narcotics Anonymous (NA), provide critical assistance for people in the process of coping with addiction. And for those who prefer a strictly secular approach to recovery, programs such as LifeRing offer help in similar group settings.

“In general, I think recovery groups are necessary and rewarding,” says Kathleen Gargan, a recovering drinker who is 35 years sober and who served on LifeRing’s national board of directors and was the organization’s executive director for a year. “It’s pretty easy to go to a meeting once a week, and if that helps me stay sober I’m absolutely willing to do it even after 35 years.

Recovering alcoholic Bill K, who lost his marriage due to alcoholism and is a member of AA, says he now attends a group meeting every day.

“I’ve been sober since 2012, and my divorce was directly related to my addiction to alcohol,” says Bill. “I was hiding my drinking from my wife to try and maintain the harmony in our relationship. But the harmony included a lie. The disease started when I started covering it up. Dishonesty is part of the cancer of addiction. As my addiction got worse the lies got worse. By the time I stopped drinking I was close to dying. I loved my wife and still love her but I could not be part of a relationship until I pulled myself together. I got help from lots of different sources, including AA. I go to a meeting almost every day and I like to sponsor people. Secrecy is a big part of addiction. It doesn’t matter what you’re addicted to, if you’re secret about it you’ve got a problem.”